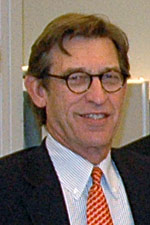 Tom Boller began his work in public affairs at the National Bank of Georgia where he was Government Relations Officer, then served as Manager, State Legislative Affairs at Georgia Power Company. He launched his own firm in 1986 which is now doing business as Capitol Partners Public Affairs Group, Inc., and is one of the foremost government relations firms in Georgia. Tom has had many accomplishments through his work in public affairs and was named one of Georgia Trend magazine’s 100 Most Influential Georgians in 1991.  He retired from the firm in the fall of 2012, but is still actively involved in the political, civic and business communities in Georgia.